This week on the new allotment we have been putting a wood chip mulch under the apple trees.

Given the time of year there isn’t much we can do to impress the allotment bosses in our six week trial.

Putting a mulch down under the apple trees is simple enough. It helps control weeds and it will feed the soil ahead of my brother’s wild flower lawn idea.

We weren’t too enthralled by the idea of paying for wood chip though.

We found that on Facebook “for sale or swap” there are quite a lot of people offering fresh wood chip for free / cheap if you will bag it up and transport it yourself.

Many thanks to Luke for ours! He gave it us in exchange for a donation to a homeless charity. 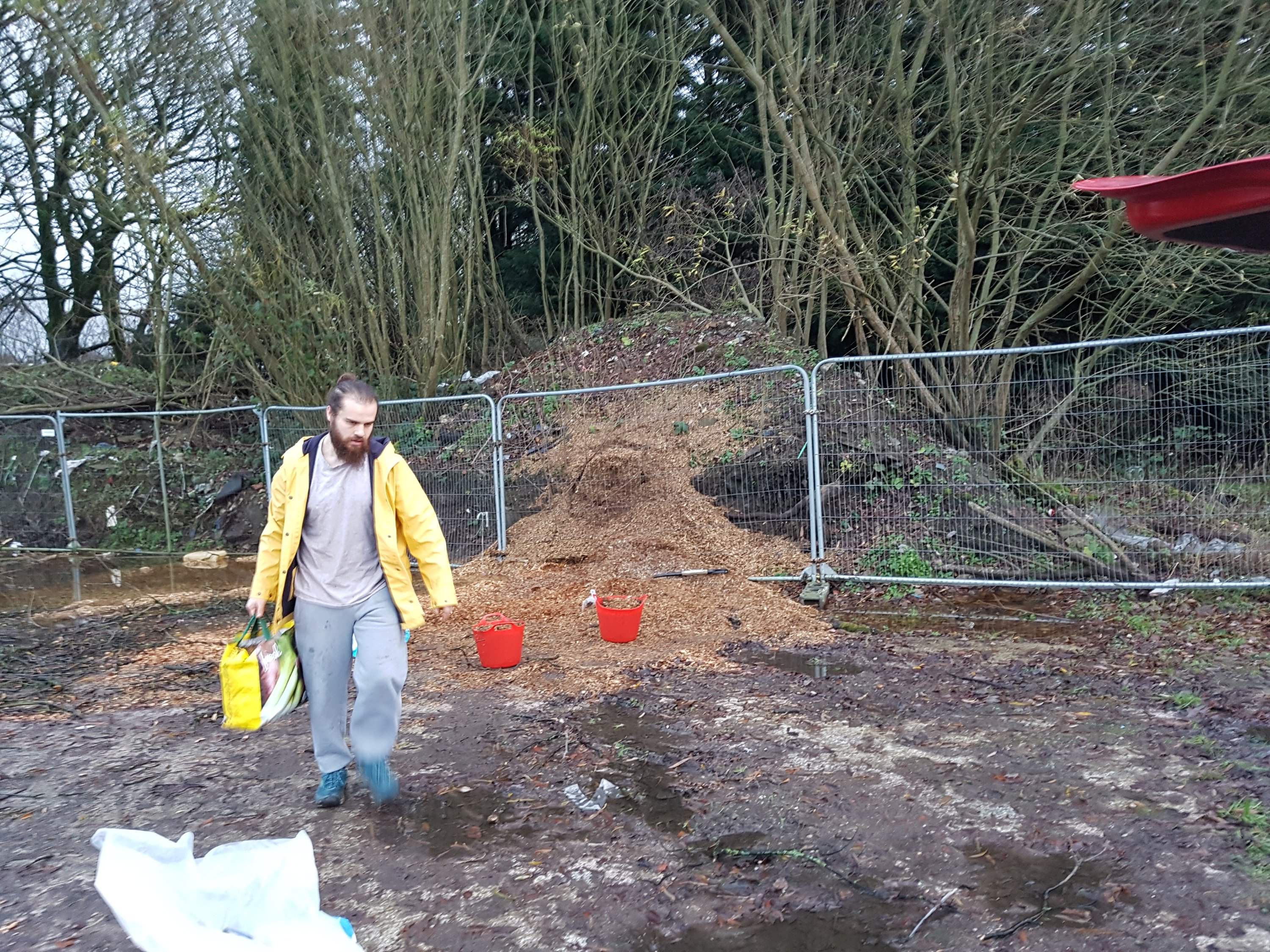 Ideally wood chip should be rotted down before using it as a mulch. This means it will add nitrogen to the soil. If you use fresh wood chip it can leach nitrogen from the soil.

However, I did a bit of research online and found that under trees it’s not a big problem to use fresher wood chip. It won’t leach enough nitrogen to affect the trees.

Presumably nitrogen will be added to the soil again later when the wood chips are more rotted. Either way I decided to risk it and get the job done.

So far we have bought two car loads of wood chip over from an industrial estate 8 miles away. 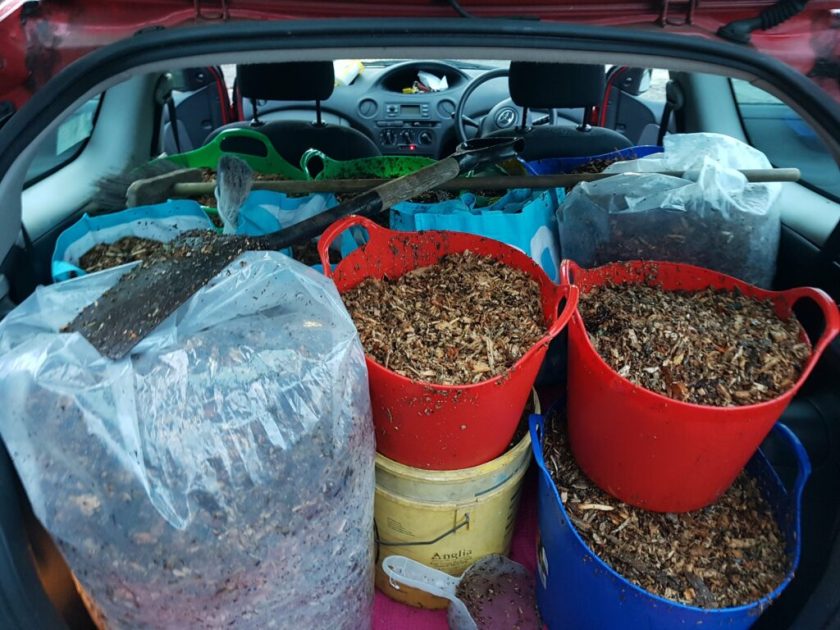 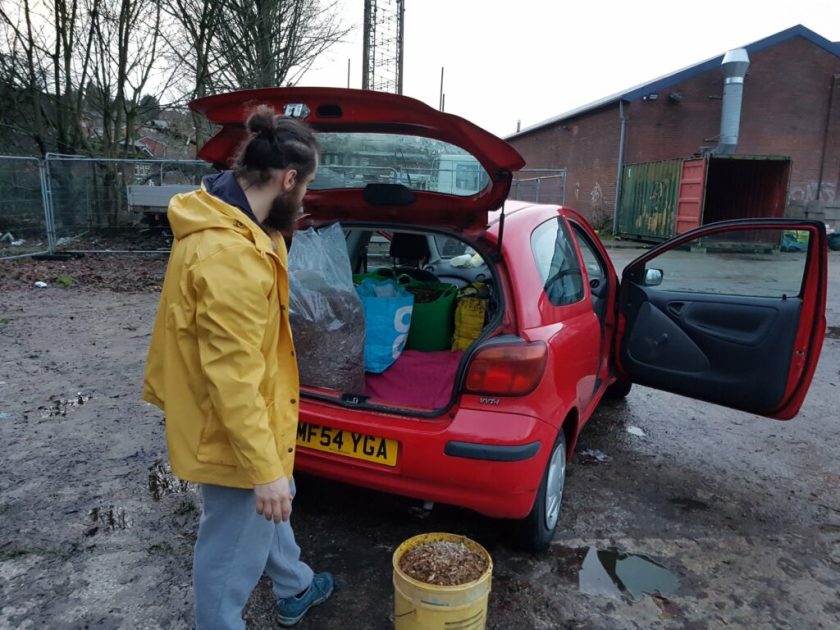 Because of my health problems I can’t do lots of work all at once. However the dark days and miserable weather are on my side for once: there isn’t actually enough time to exhaust myself!

First we fetched the wood chip and then today I laid the first section of it.

I decided it best to work out in circles from under the trees as this is where it’s most important to lay it. If we can’t get enough we can always grow things in the further reaches of the patch.

So today I dug the first section: turning the soil and breaking it up a little in a semicircle round the tree then laying the wood chip about 3 inches deep. 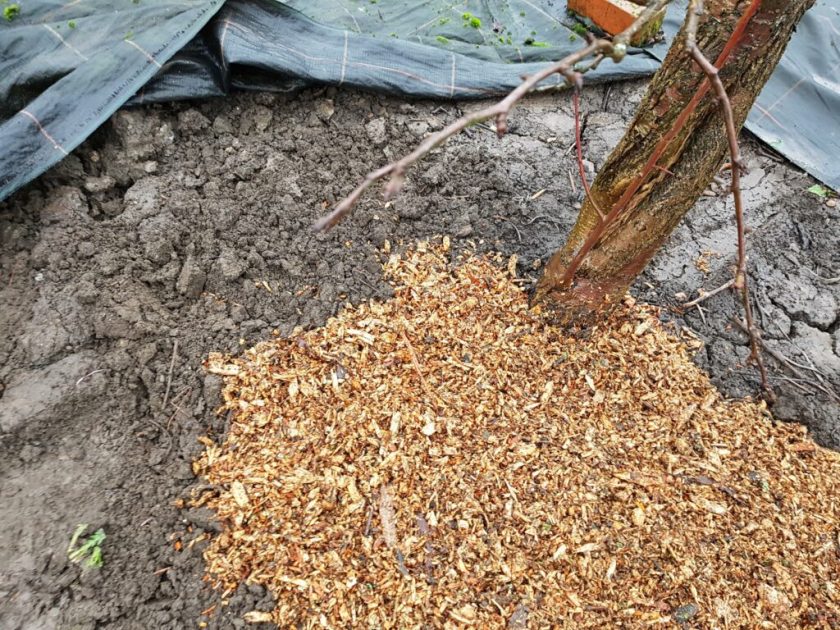 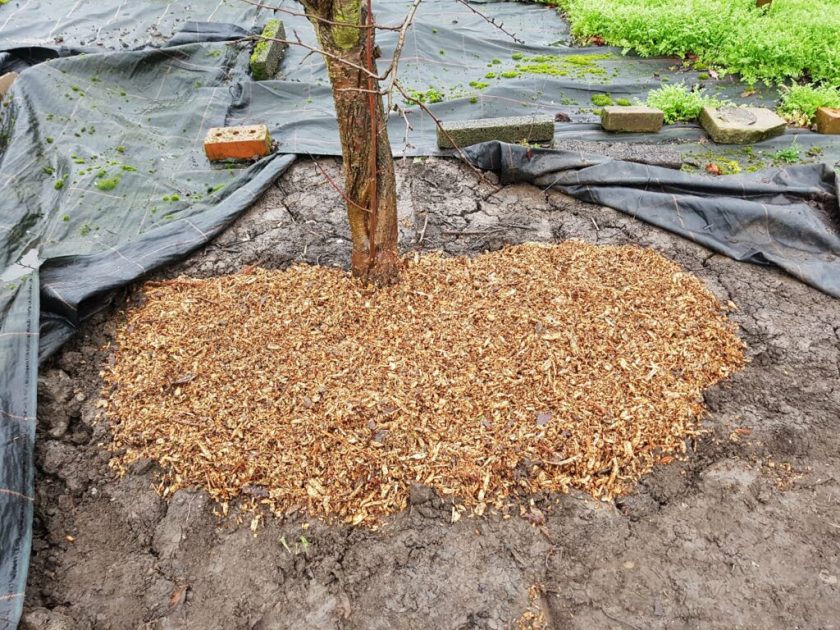 I covered over the exposed soil afterwards. Tomorrow I will do the next bit!