Ethical Pet of the Month, December 2012

My partner Paul & I decided to get a dog because he was in the RAF & was spending many months of the year away. We thought a dog would be good company for me & would also encourage us both out in the beautiful countryside. I wanted to rescue a dog as we felt that there were so many dogs who needed rehoming & we wanted to give one a second chance.

So, the hunt was on!

I found a sad, skinny looking girl on the website of the Bath Cats & Dogs Home. She was underweight & had sore, red & swollen eyes. But those eyes…

We spent time with her, & the decision was made: Rosie was coming home to us!

Her history was vague. She was 2 years old & we were to be her third owners. Her previous owners had taken her to the dogs home telling them she was a stray, but they then proceeded to fill the staff in on her entire medical history!

The first few months were difficult: Rosie had many behavioural problems as a result of not being socialized. She was very sensitive to dietary changes so we had to choose her food carefully. She also displayed some upsetting signs that she had been abused by her previous owners. We would take one step forward & two back: it took patience & time, but now, two years on, Rosie is the most loving, loyal, happy friend we could ask for.

She loves people & has learned how to play gently with other dogs. She is wiggly & always wagging her tail. She also spends almost 22 hours a day sleeping!

I work shifts & Rosie has made it her mission to be attentive to my strange sleeping patterns by always being by my side come day or night, fast asleep on her back, legs in the air snoring like a train!

Rosie is the most loving, loyal, happy friend we could ask for… She is wiggly & always wagging her tail!

me on to our friends at Ethical Pets! Sadly, Rosie began to suffer from unexpected & unexplained panic attacks. They were so distressing for her & we were exhausted from nights awake with her, trying to calm her down & reassure her. The attacks would last for hours & there seemed to be no way of calming her down.

I was reluctant to medicate her as this was just masking the problem rather than dealing with it & so I began to look for an alternative, natural & ethical solution. This is where I found Ethical Pets & their Mucky Pup Calming and Soothing Massage Oil. It took a few nights to totally kick in but I could see almost immediately that she was starting to relax. By the third night she had begun to present herself for her doggy massage before bed! I had discussed Rosie’s problems at length with Anna who was able to suggest some new products that they had recently discovered. She kindly sent some samples off for us to try.

In our goody bag (along with a yummy vegan doggy treat!) was a Pet Remedy Plug-in Diffuser. Pet Remedy is made with a mixture of herbs that have a natural de-stressing effect on animals that is also non-sedating. I can honestly say we haven’t had any further problems with Rosie’s anxiety: she has returned to the happy, chilled out bed slug we love dearly… & I can’t tell you the relief of getting a good nights sleep ourselves! 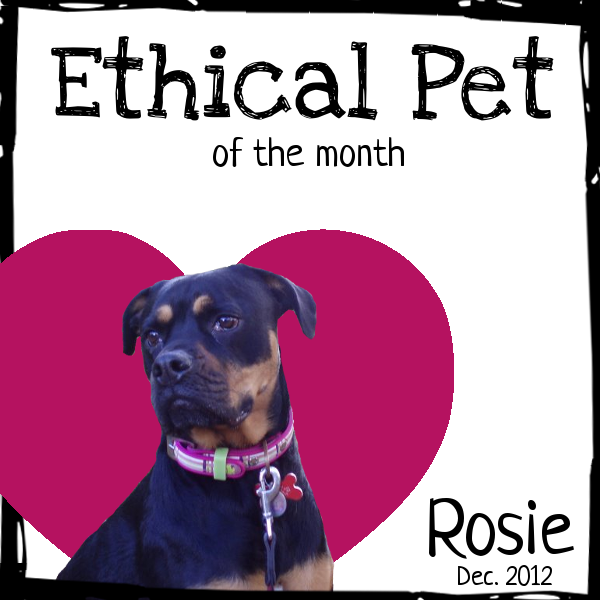 A few months ago, I was sat on my parents kitchen floor, watching

my beautiful rescue dog Bethany die. We had been caring for her for about a year: she had cancer, kidney failure and cataracts and was only supposed to survive a month – but once we got her home, love and fun kept her going! Right up till the end, she would dance with joy in the morning and cuddle us with such affection: it’s easy to write about her life… but her dying… I just don’t have the words.

Today, vegan musician Fiona Apple, left a heartbreaking message on Facebook, canceling her tour to care for her dying rescue dog Janet. Her words are… perfect. Here is what she said:

“It’s 6pm on Friday,and I’m writing to a few thousand friends I have not met yet.
I am writing to ask them to change our plans and meet a little while later.
Here’s the thing.
I have a dog Janet, and she’s been ill for almost two years now, as a tumor has been idling in her chest, growing ever so slowly. She’s almost 14 years old now.I got her when she was 4 months old. I was 21 then ,an adult officially – and she was my child.
She is a pitbull, and was found in Echo Park, with a rope around her neck, and bites all over her ears and face.

She was the one the dogfighters use to puff up the confidence of the contenders.
She’s almost 14 and I’ve never seen her start a fight ,or bite, or even growl, so I can understand why they chose her for that awful role. She’s a pacifist.
Janet has been the most consistent relationship of my adult life, and that is just a fact.
We’ve lived in numerous houses, and jumped a few make shift families, but it’s always really been the two of us.
She slept in bed with me, her head on the pillow, and she accepted my hysterical, tearful face into her chest, with her paws around me, 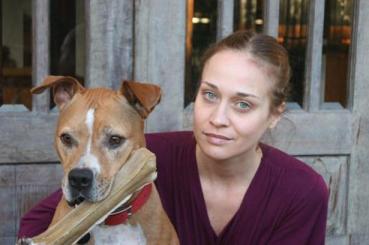 every time I was heartbroken, or spirit-broken, or just lost, and as years went by, she let me take the role of her child, as I fell asleep, with her chin resting above my head.
She was under the piano when I wrote songs, barked any time I tried to record anything, and she was in the studio with me all the time we recorded the last album.
The last time I came back from tour, she was spry as ever, and she’s used to me being gone for a few weeks every 6 or 7 years.
She has Addison’s Disease, which makes it dangerous for her to travel since she needs regular injections of Cortisol, because she reacts to stress and to excitement without the physiological tools which keep most of us from literally panicking to death.
Despite all of this, she’s effortlessly joyful and playful, and only stopped acting like a puppy about 3 years ago.
She’s my best friend and my mother and my daughter, my benefactor, and she’s the one who taught me what love is.
I can’t come to South America. Not now.
When I got back from the last leg of the US tour, there was a big, big difference.
She doesn’t even want to go for walks anymore.
I know that she’s not sad about aging or dying. Animals have a survival instinct, but a sense of mortality and vanity, they do not. That’s why they are so much more present than people.
But I know that she is coming close to point where she will stop being a dog, and instead, be part of everything. She’ll be in the wind, and in the soil, and the snow, and in me, wherever I go.
I just can’t leave her now, please understand.
If I go away again, I’m afraid she’ll die and I won’t have the honor of singing her to sleep, of escorting her out.
Sometimes it takes me 20 minutes to pick which socks to wear to bed.
But this decision is instant.

These are the choices we make, which define us.
I will not be the woman who puts her career ahead of love and friendship.
I am the woman who stays home and bakes Tilapia for my dearest, oldest friend.
And helps her be comfortable, and comforted, and safe, and important.
Many of us these days, we dread the death of a loved one. It is the ugly truth of Life, that keeps us feeling terrified and alone.
I wish we could also appreciate the time that lies right beside the end of time.
I know that I will feel the most overwhelming knowledge of her, and of her life and of my love for her, in the last moments.
I need to do my damnedest to be there for that.
Because it will be the most beautiful, the most intense, the most enriching experience of life I’ve ever known.
When she dies.
So I am staying home, and I am listening to her snore and wheeze, and reveling in the swampiest, most awful breath that ever emanated from an angel.
And I am asking for your blessing.I’ll be seeing you.
Love, Fiona” 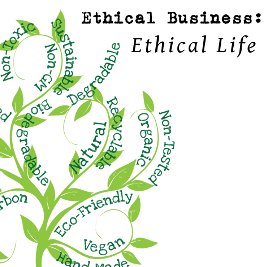 We love working with other ethical businesses, and have decided to showcase some of the amazing people behind them. We would like firstly to introduce some of the great people we have met since we started up a year ago, and secondly – well, we want to meet even more great people too!

The “Ethical Business, Ethical Life” series will consist of short interviews with people who run their own ethical business: we will ask about how the business got started, what day to day life is like in their office, what motivations them and if they have any advice for people who would like to start up their own ethical business. We are always looking for more new ways to spread the love, and can’t wait to get started with this project! If you would like to nominate a business, just drop us a line by email, on twitter or on facebook.