Ever wondered “What’s the point Organic food?” It is about health? Or about the environment? Why should I buy Organic pet food, my pet can’t tell the difference… Well here is the lowdown: The Objectives of Organic!

The European Union regulations on organic food production form the basis of all organic certifications, like The Soil Association certification, or Skal, AB and Bio-Siegel who certify Yarrah Organic Pet food. These regulations set out the three main objectives of Organic Production across Europe.

The first of these is to “establish a sustainable management system for agriculture that: 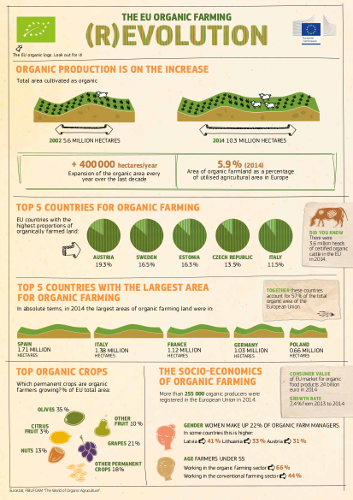 As part of our Organic September celebrations, we have put together some interesting examples for you, as to why these objectives are so important.

According to The National Research Council (USA), referenced on Wikipedia, “Unsustainable agricultural practices are the single greatest contributor to the global increase in erosion rates” [1].

You would think that the most devastating impact of soil erosion would be on the farmland itself. This has often lead me to wonder why the farmers don’t do more to prevent it.

However, it is the impact on water quality that is the most shocking. One major problem is Nitrogen washing out of heavily damaged soil. “Of the 93.6 million acres of corn planed in 2007, it is estimated that 117 million kg of nitrogen were deposited into national waterways.” [2] This has devastating consequences on the environment. For example, In the Gulf of Mexico.

Hypoxia in the Gulf of Mexico

“Hypoxia, or low oxygen, is an environmental phenomenon where the concentration of dissolved oxygen in the water column decreases to a level that can no longer support living aquatic organisms.” [3] 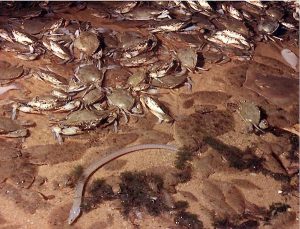 The low oxygen levels are caused by a chain reaction which begins with soil erosion causing nitrogen (and pesticide) run-off from farms.

As the nitrogen content in the water soars, the algae multiply like crazy. They use up large quantities of Dissolved Oxygen in the water and eventually start to die from lack of oxygen. As they degrade, even more Dissolved Oxygen is consumed, and eventually, fish and other aquatic organisms suffocate. According to research, 65% of the Nitrogen in the Gulf of Mexico comes from intensive farming. [4] The “Dead Zone” caused by this is now about 17,000 km2 (to compare, Northern Ireland is only 13,843 km2!). 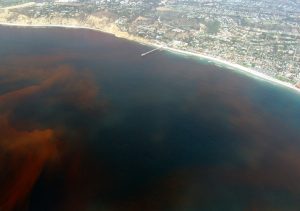 This damage has impacted the wider environment too. For example, by causing interruption to the reproduction cycles of fish which migrate, such as trout and salmon and food loss for predator species [5]. Also, food source disruption to birds, such as Herons, and mammals, for example Otters, who live mostly on fish. [6]

So, it’s not just about the farm land!

As you can see, the problems caused by intensive farming are not isolated. They affect all of “nature’s systems and cycles” and what is harmful to one part of the cycle can be devastating to another.

The Birds and the Bees

Organic farming must contribute “to a high level of biological diversity”. This means the farm should provide a hospitable environment for the birds and the bees!

The emergence of Colony Collapse Disorder has been of grave concern for several years, and the scale of the destruction of bee colonies has dismayed and dumbfounded scientists, consumers and politicians alike.

While a proven cause or list of causes has not yet been established, many of the theories focus on farming. In fact 8 of the 10 theory categories listed on Wikipedia relate directly to farming or farming practices, and cover everything from bee-rental to genetic diversity loss from selective bee breeding. [7] The European Union temporarily banned neonicotinoid insecticides in 2013, and is looking at a permanent ban currently.

So how can Organic help?

In Organic Farming, not only are such insecticides totally banned, but the aim is specially to encourage bees and other insects to come and live on the farm. Here is what the soil association has to say

“The focus on natural ecosystems and native species, as well as the lack of pesticides used in organic farming, make it a haven for the bee. Organic farms also provide the wild spaces at field margins and in hedgerows, providing a diversity of flowers and habitats for bees to nest and shelter. Thus, by supporting their place in the delicate natural balance of plants and insects that are all mutually dependent on one another, Organic farming is both supporting biodiversity and the bee.” [8]

Letting animals do what they naturally do, including having tails!

Also, the details of the welfare improvements found under Organic systems draw attention to the details of the all-to-horrific treatment of non-organic farm animals. Perhaps another reason why the topic is often avoided. After all, for every Organic piglet that gets to keep her cute curly tail, there are many non-organic piglets who have them cut off (without anaesthetic) [10] < Original link broken, try here. 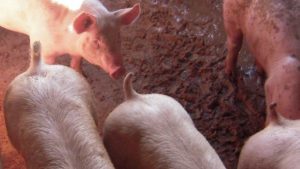 As you can see, however, animal welfare is not a secondary goal or bi-product of Organic farming. It is listed as one of it’s main objectives.

Quality and variety – as demanded by you!

The remaining objectives focus on quality and diversity of produce. I think it is fantastic that these are seen as core objectives – it really highlights why organic farming exists. It exists because we, the eaters of food, demanded it be so. I am truly proud to be part of a movement which is saving fish, and birds, and bees and piglets tails – aren’t you?

This blog is an update of a previous blog: The Objectives of Organic, 2013. 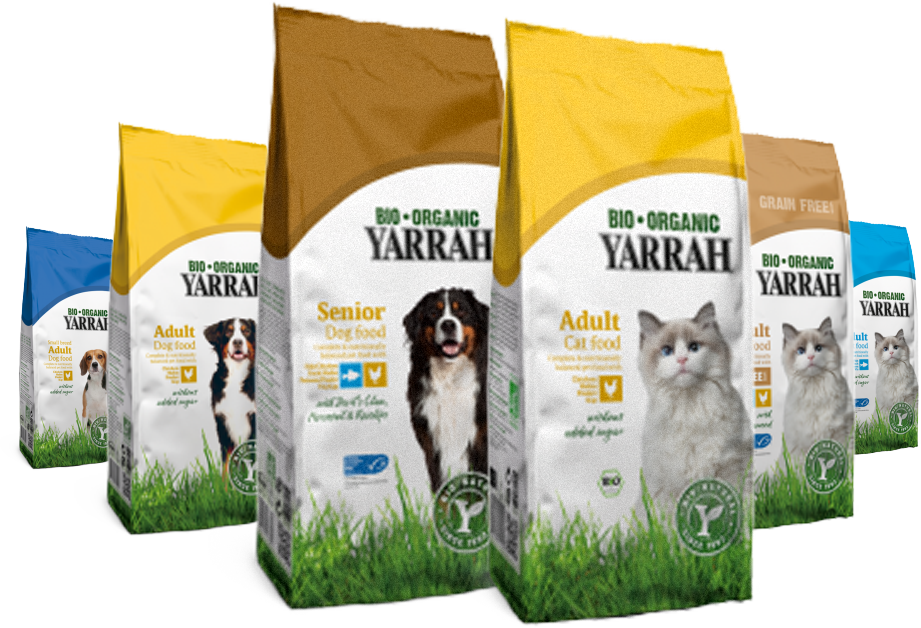 2 thoughts on “The Objectives of Organic”