Zogoflex is an amazingly tough material used to make dog toys: it’s non-toxic, buoyant, dishwasher safe and recyclable. The toys themselves are also well designed; for example, the Zisc Frisbee is a little softer than average and so kinder to those fragile bottom teeth, or the Twiz can be thrown, tugged, twisted AND filled with treats (Perfect for Yarrah Duos); enrichment all round!

Which Zogoflex toys do you sell?

We sell the following Zogoflex toys

From left for right: Zisk, Hurley, Twiz and Huck (Hucks are available in two sizes).

So, how tough is tough?

Tough enough for a one-time replacement guarantee! Tough enough that less than 1% get returned them for replacement! Of course, they are not totally indestructible; there really is no such thing as an indestructible dog toy – extreme chewers, for example Staffies, will get through any toy eventually. However, it will take time take a long time to destroy a Zogoflex toy – and then, the old one will be recycled and a new one sent out! These toys are certainly the way to go for destructive dogs, and are also ideal for sanctuaries, breeders and kennels, because even with several dogs chewing and tugging on them every day, they still last for months. Here is an example of the Zisk at work: Zisk is designed to be the toughest “interactive” toy – it’s great for tugging and pulling (but it’s not as strong as Huck and Hurley). 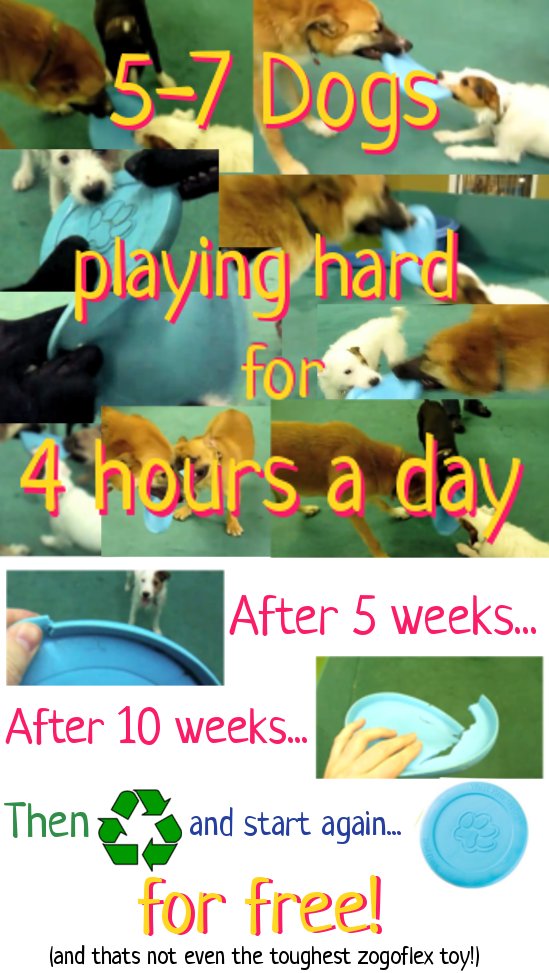 Are Zogoflex toys made ethically?

Yes, the toys are all made “in-house” by West Paw Design in Bozeman, Montana – as is the Zogoflex material itself. It’s fab to find a supply chain so transparent: you know who makes them and where, and under which employments laws. It’s really great! West Paw take great care to be eco too; for example, when their workshop needed expanding, they re-used all of the original outside walls – an unusual building method which saved 175 Tons of concrete form being dumped in landfill. The manufacturing process is also very efficient, producing very little waste. Great! Oh and we forgot to mention: all of the packaging is printed on 100% recycled paper with soya based inks.

But they are imported from America?

Yes – Companies like West Paw and products like Zogoflex are sadly hard to come by. However, the import process is pretty good – they are shipped by boat from America to Rotterdam, then they are moved from Rotterdam to our wholesaler by road – then by courier to us (plus they always arrive in a recycled box!) Of course, we would love to stock a British made equivalent! Let us know if you see any likely candidates!

Fire away! We got answers by the bucket load! 🙂 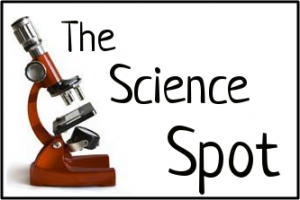 A summary of a scientific study into vegetarian animal nutrition.

In 2004, two teams of Huskies raced across Australia. One side of each team had been fed a veggie diet, while the other side ate meat. They did not run in circles (or die).

This study, lead by Dr Wendy Brown, was deigned to see if hard-working dogs would become anaemic or ill if they ate only plant based food. Sled-racing presents a great opportunity for nutritional research because the dogs run in pairs – i.e. at the same speed, for the same distance, pulling the same weight. This level of experimental 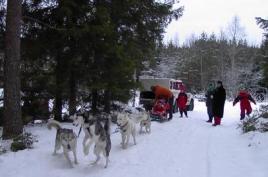 “control” is hard to achieve, and desire for it has lead to unethical practices in many types of research. What’s really great about this study is that the dogs were just “borrowed” – they are pets; not “lab-animals.”

Dr Brown explains initially that the difference between meat and veggie food is bigger conceptually than it is nutritionally. Both non-meat and with-meat foods are usually made mostly of grain [8]. She says: “It is only a small step from some of the popular cereal-based dry dog foods to one that contains no meat at all.” [1]

The difference between meat and veggie food is bigger conceptually than it is nutritionally.

So, what happened in the experiment?

In this experiment, 12 Siberian huskies were divided into racing pairs based on ability. One of the dogs in each pair was fed on Pedigree Advantage, a food containing meat, made by Mars Petcare – who test on animals and use battery/barn eggs [2]. The other dog in the pair was fed on a vegetarian food, also developed by Mars Petcare Australia (especially for the experiment). [3] Take a look at Table One for a comparison of the ingredients – note how similar the foods are to each other. Both foods exceeded nutritional requirements/suggestions for dog food [4].

What were the results?

No, not the race results! What were the blood test results?!

All the blood tests and vet checks showed normal results, for all of the dogs through all 16 weeks.

All the blood tests and vet checks showed normal results. 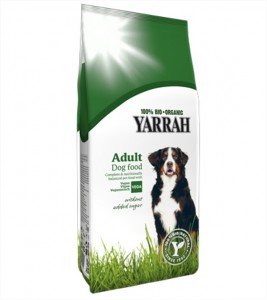 So, dogs can get enough protein from a veggie diet?

Yes, though scientists actually already knew this. Dr Brown suggests that, when taken in combination with data from previous studies, the results of this experiment highlight “the importance of providing sufficient dietary protein for exercising dogs, irrespective of whether the protein is of plant or animal origin.”

Does this mean that Vegetarian dog food is scientifically proven to be totally safe and complete?

No. It shows that veggie dog food can fulfill all the required “nutritional standards” in chemical terms [4]. It also shows that for short periods of time dogs wont suffer ill effects from eating a vegetarian diet – even if they are under considerable physical strain. This level of evidence, in my understanding, greatly surpasses that provided by most non-veggie pet food retailers, certainly most ethically minded ones anyway – yet it will probably not be considered enough evidence by many dog-lovers who find the concept of veggie dog food strange. For science to “decide” if vegetarian dog food is nutritionally equivalent to meat dog food, it will take many more investors, tests (perhaps inhumane) and dogs (perhaps in labs) – and much more time.

This level of evidence greatly surpasses that provided by most non-veggie pet food retailers.

So… why do Vegetarian pet foods say they are “nutritionally complete” on them?

It all comes down to methods and money. Dr Brown says: “Dog foods are tested for their nutritional adequacy in the first instance by means of chemical analysis. However, not all of the nutrients present in the dog food will necessarily be available to the dog.” In essence, when you grind up dog food, put it in a machine and look at the molecules it’s made from, vegetarian ingredients and meat ingredients are either the same or similar. However, that doesn’t mean that your dog is guaranteed to digest, absorb or use them in identical ways.

The foods can also be tested in a “feeding protocol” for more information – Dr Browns experiment is a very good and ethical example of such a test, however, normally such tests involve lab dogs. Also, these tests are expensive – out of reach for small, interested parties and not an attractive use of funds for large and disinterested parties.

So, if we decide to wait for categorical proof, how much meat will we feed to our dogs in the meantime? 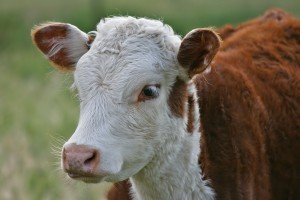 I did a little nerd-calculation – if the average dog eats about 164 kg of meat a year [5]; the average cow weighs about 700kg, and there are 74 million dogs in Europe [6] – meat to the “equivalent” of around 17 million cows will be farmed and killed every year to feed the dogs of Europe. What if it takes another 10, 15 or 20 years for science to reach a verdict? Should we feed the equivalent of another 240 million cows to our dogs in the meantime? Each year these 17 million cows would eat over 200 billion kilograms of vegetable protein [7]… and none of this takes into account the carbon footprint made by all that meat… nor the rain-forests cleared for the feed production… nor all the extra people who could have food if the west produced less meat…

Logically, perhaps we should consider feeding our dogs on a plant-based diet until/unless science can tell us the food is nutritionally-incomplete!

Meat to the “equivalent” of 17 million cows is farmed and killed every year to feed the dogs of Europe.

Dr Brown says “[This] is the first study to demonstrate using a short feeding trail that a meat-free diet can be nutritionally adequate for exercising dogs. Whilst longer-term trials are necessary to prove this claim, nutritional adequacy was shown by chemical analysis, and this was further demonstrated by feeding the diet, in a controlled experiment, to actively exercising dogs…… these findings pave the way for commercial

I’m convinced! Where can I buy vegetarian food for my dog?

[1] This quote is from the first page of the article, which is numbered page 102. You can download the full study here.

[2] Sources for my claim that Mars conduct animal testing:

1) Ethical Consumer Magazine’s report into pet food, page 17/48. 2)  Uncaged – unsure how reliable this source is as there are no references. 3) Mars Candy Kills – a glossy campaign with emotionally manipulative features and no references. This website states “Not one of Mars’ experiments on animals is required by law.” 4) The Mars Website says testing is meet legal requirements and that they “only conduct such animal research when non-animal alternatives are not feasible. Info from document entitled “Mars’ Position on Animal Welfare” dated 08/Sep/2011 accessed Feb 2012. Document is unnecessarily difficult to link to! 5) The Waltham Center for Pet Nutrition, owned by Mars. Glossy site, unclear language. Language and imagery seem manipulative, for example they call their test subjects “pets” and have subtle happy pet pictures in the background of their website.

[3] There was a feeding trial done, using the collection of dog faeces to establish “digestibility coefficients” at the university using dogs in their “Quarantine Approved Premises.”  I assume in good faith this is not a lab, but a facility for animals which have been moved into the country as pets and require a legal examination etc. I await confirmation of this as I can find no exact information.

[4] In this case the standards set by the “National Research Council” were vastly exceeded by both foods. I (roughly) checked them against the current European equivalent at FEDIAF; they also surpassed this standard. Also note that it is likely these nutritional requirements have been discovered in experiments using vivisection.

[5] According to New Scientist, from Ethical Consumer Magazine’s report into pet food, page 17/48

[6] According to The European Pet Food Industry Federation: Facts and Figures, 2010

[7] As for each kg of beef produced, the cow needs to eat 17kg of vegetable protein From “saving the world with your knife and fork” by Juliet Gellatley in Resurgence, March/April 2012.

[8] From my understanding, these cereal-based foods need a high grain content for the “extrusion” process which shapes and cooks the biscuits/pellets. According to wikipedia, vitamin A is lost through extrusion – and potentially inadequate Vitamin A provision is one of the criticisms of specifically vegetarian pet food. Is meat pet food supplemented anyway, due to loss in this extrusion process?

By Jjron (Own work) [GFDL (www.gnu.org/copyleft/fdl.html) or CC-BY-SA-3.0 (www.creativecommons.org/licenses/by-sa/3.0/)], via Wikimedia Commons.

A guest blog from Alison Clayton-Smith

Bobby the Tibetan Terrier is coming up to 5 months old and yes he is very cute but he’s also very tetchy when he’s bored, which is pretty frequent (like every hour). Here are 3 lessons learnt on how not to entertain your puppy:

Bobby loves digging up the garden to hide his hedgehogs and crocodiles.

There are better strategies and some of them even come with a good ethical pedigree, for example:

Ok, well he’s starting to get up to mischief so best be off! 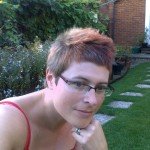 Alison Clayton-Smith lives in the first Garden City, Letchworth, Hertfordshire. She is a facilitator and writer focused on sustainable living, ecopsychology and mindfulness. Her back ground in management/personal development has not proved that useful for puppy development! 2012 is the year for a number of exciting new projects – find out more at www.growinginsights.co.uk.