Hi all, exciting news for us! WE GOT AN ALLOTMENT!! 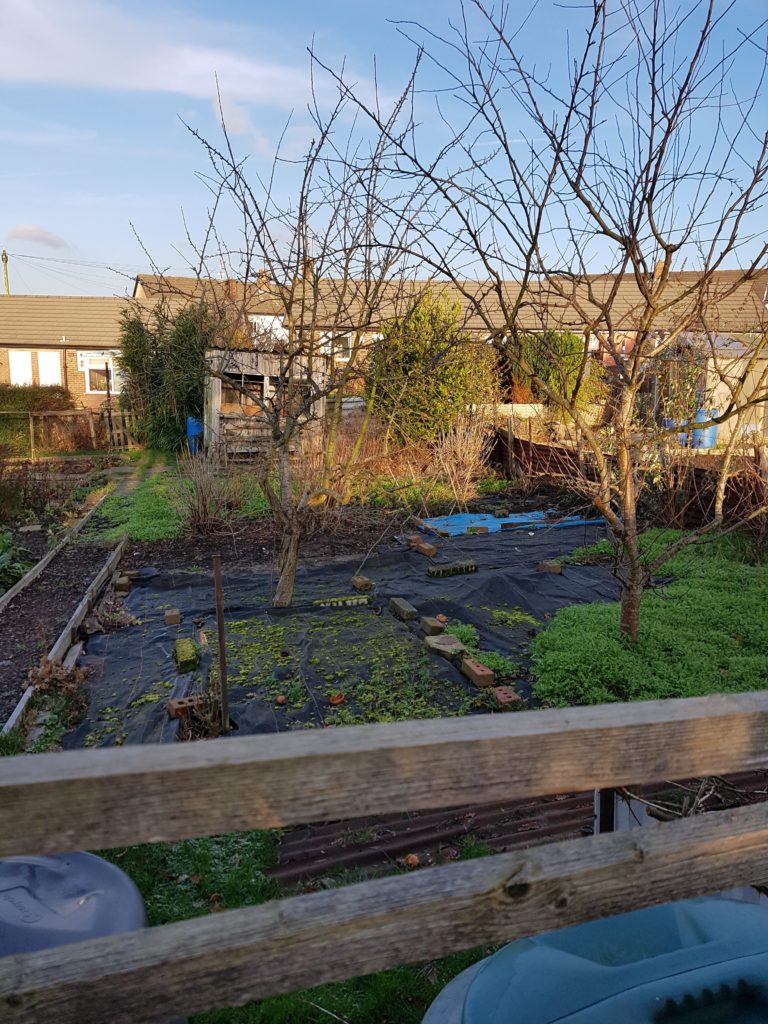 We don’t have much outside space at our house and almost no sun, so growing veg has been hard for us so far.

Now we have an allotment we plan on growing our own fruit and veg “stock free organic” style, aka vegan organic/veganic.

This means we will use things like green manure and mulch instead of animal or chemical based fertilisers. Also, we will use cruelty free pest control measures rather than chemical sprays or pellets.

We’re both beginners at growing veg though so we have a lot to learn.

Also it’s the middle of winter right now so we are just focusing on tidying up the place at the moment.

Here’s some photos of the plot on day 1.

Our plot has two apple trees that we will keep for at least the first year, to check out what the fruit is like. This also means that we don’t need to do much with that half of the allotment yet. We plan to put a mulch down below and maybe make a wildflower lawn later. 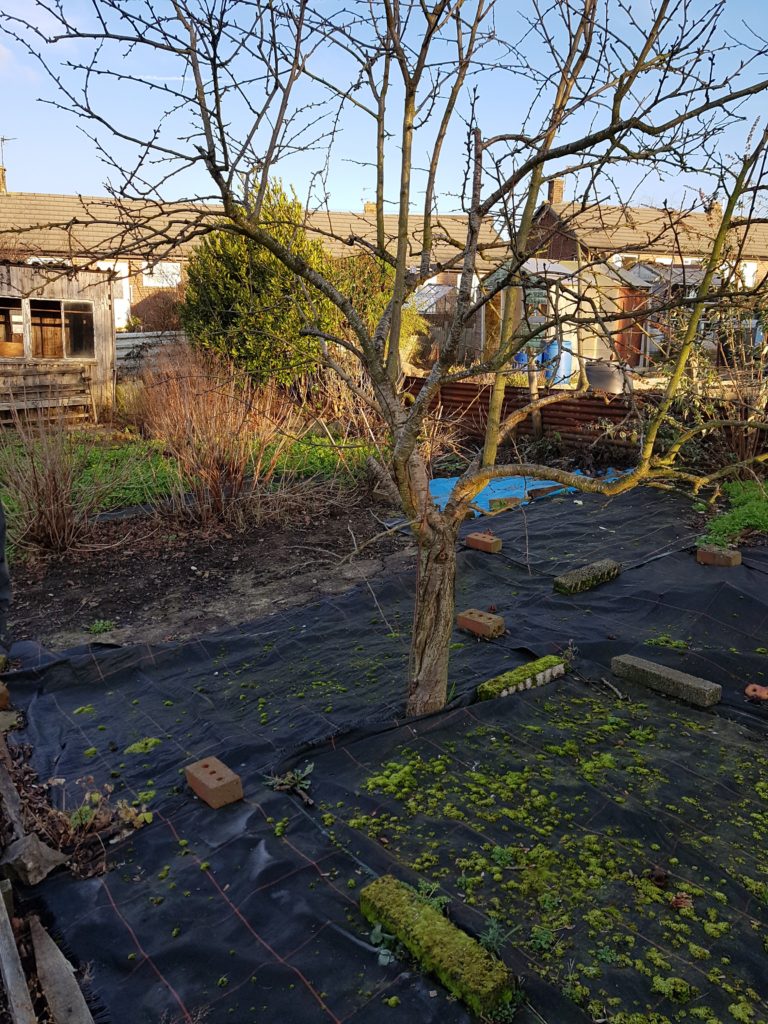 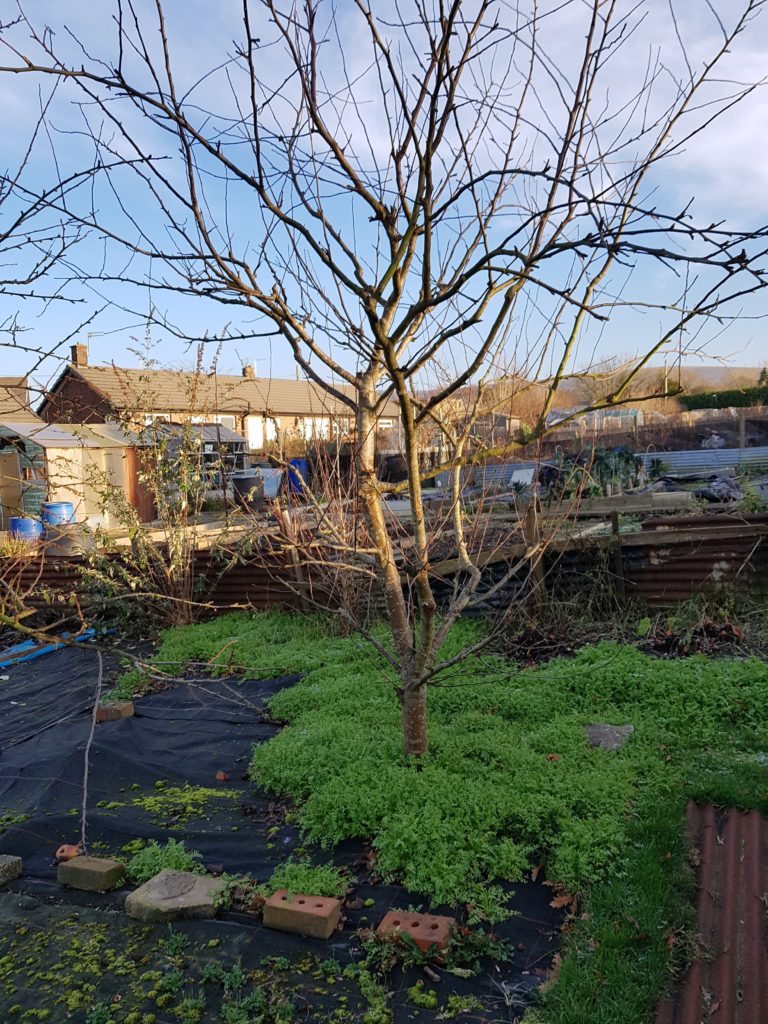 Someone has already sown a green manure (poached egg plant) which has protected the soil. This means we can dig it in a few weeks before planting in the spring. However, we will probably need to put in some raised beds so I’m not sure how we will get maximum use of the existing soil at this stage. 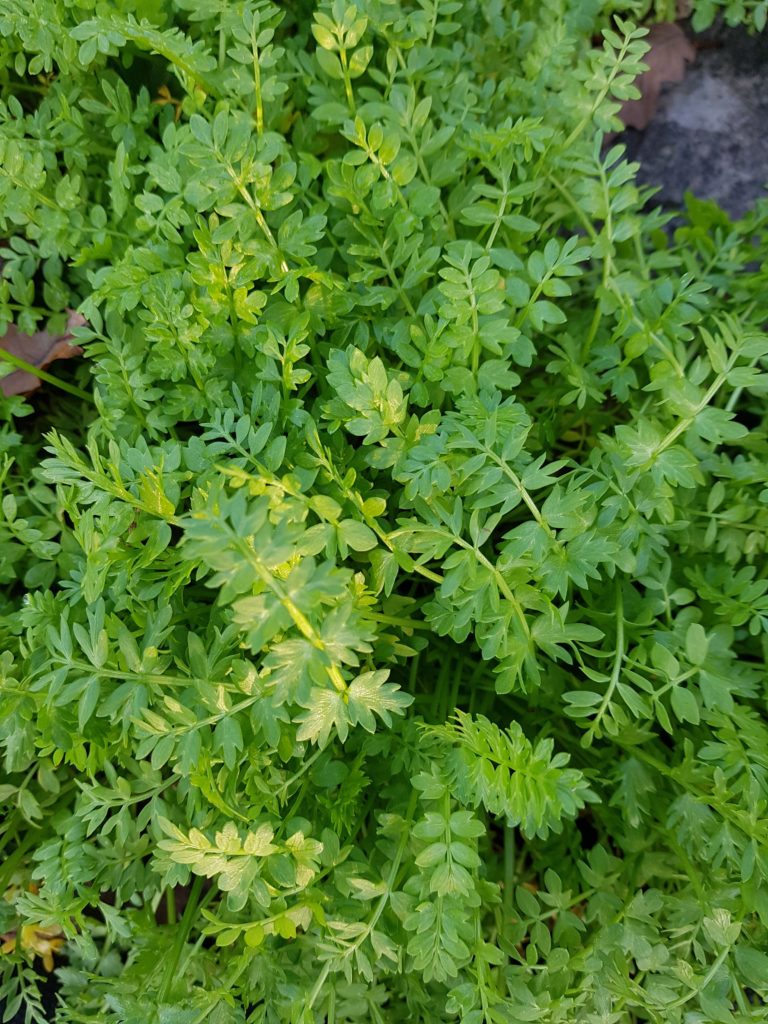 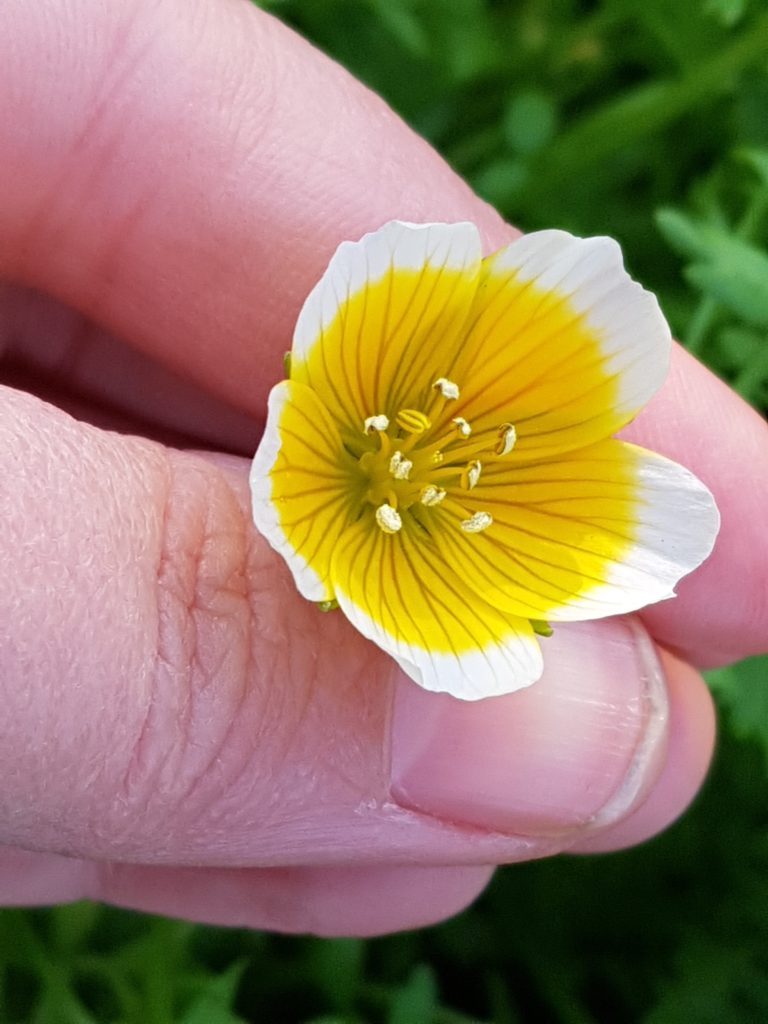 The most existing thing on our allotment is a shed! It’s pretty awesome, we didn’t expect there to be a shed already in place. It’s gloriously rickety and wonky, just perfect for an allotment potting shed!

Tidying this up one of our first jobs. It needs some new windows and some repair before the snow and heavy rains come. 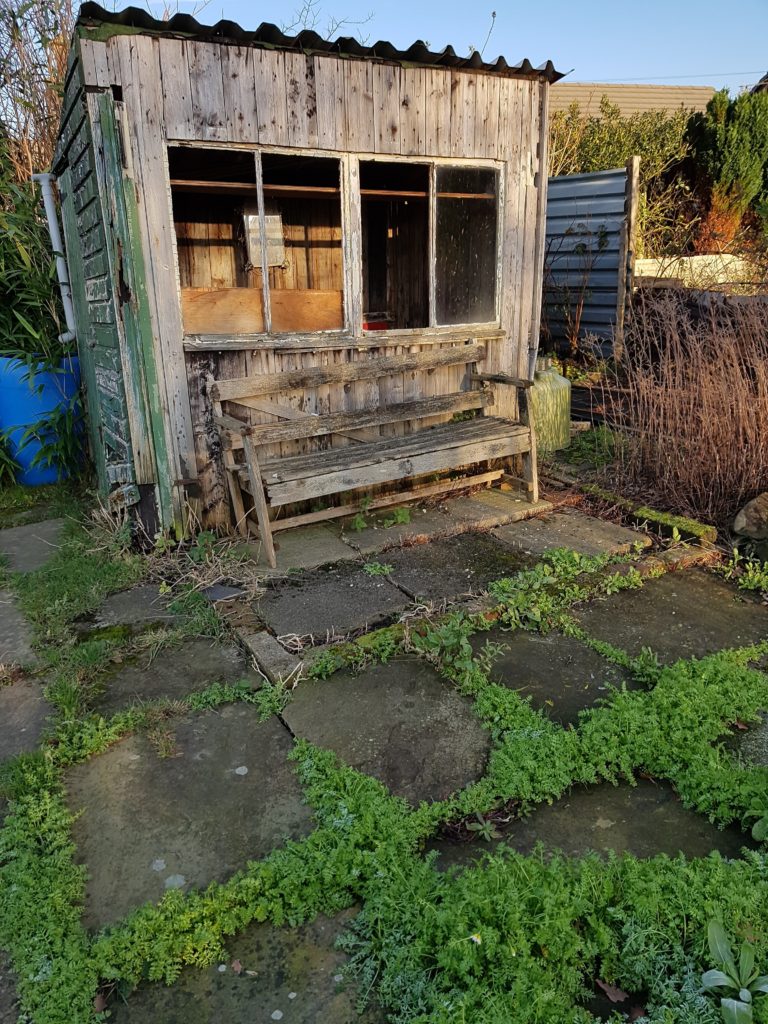 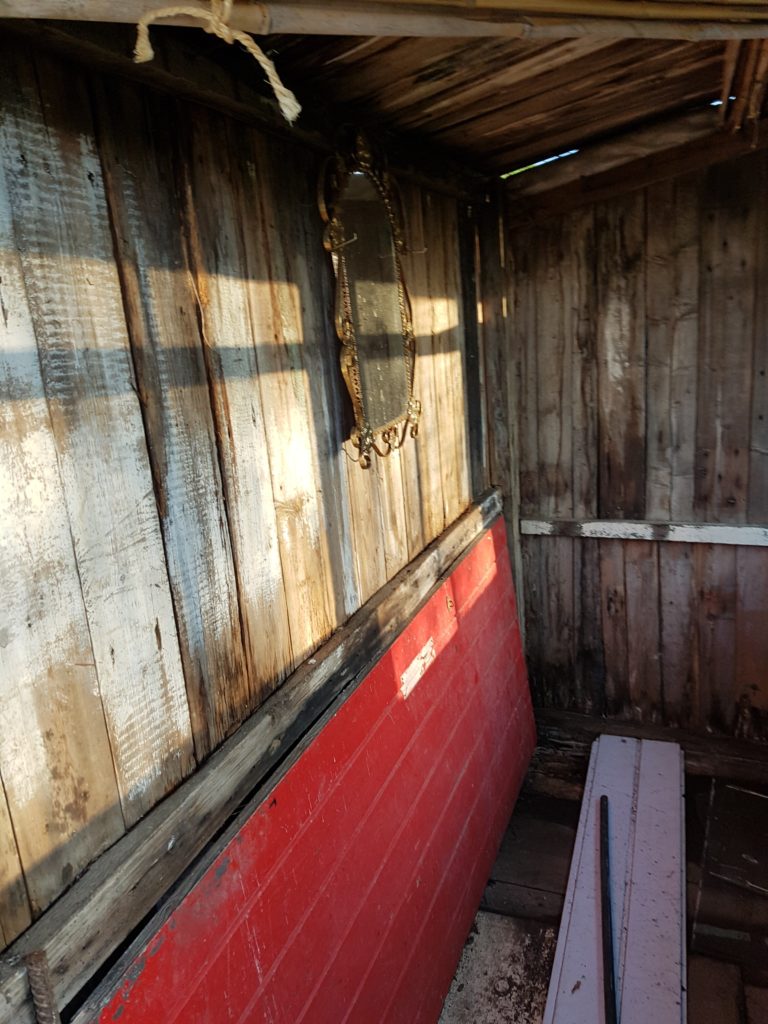 There are some existing fruit bushes in place, however they are mostly blackcurrant which I’m not a huge fan of. We will probably dig up some of them and give them away. There’s a gooseberry bush, some rhubarb and some holly we will keep. 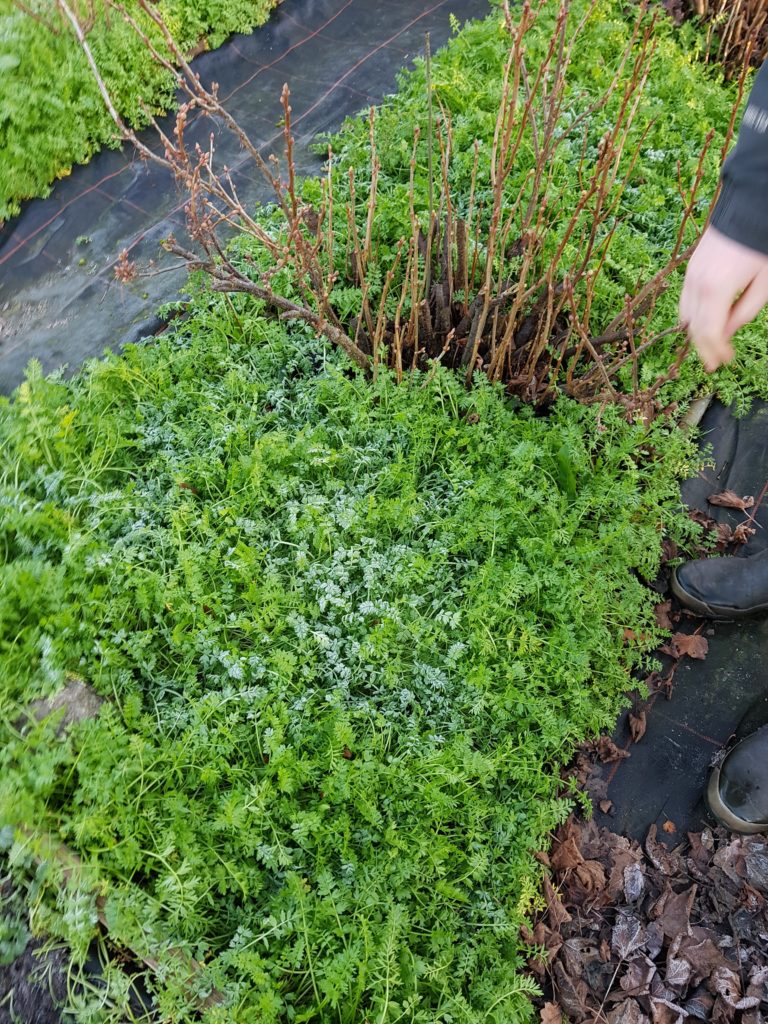 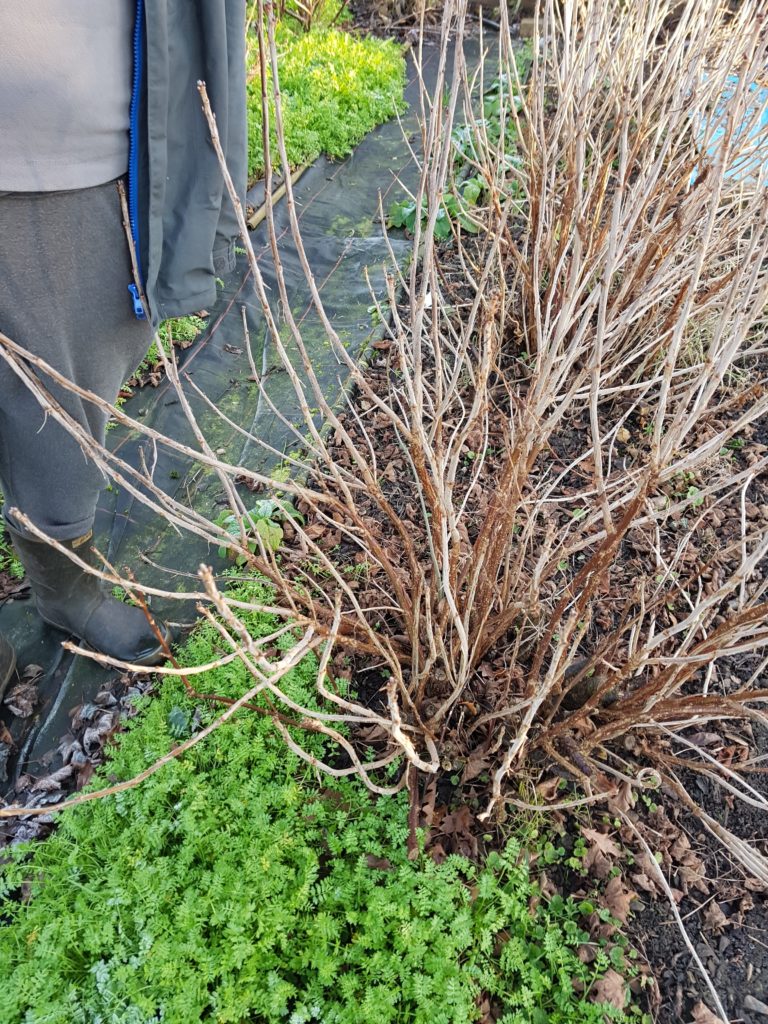 We also have a compost heap and two bins that are full of composting material. The mix isn’t quite right so it’s not rotting down well at the moment. We will turn out the compost bins into the empty heap and give it a bit of help. 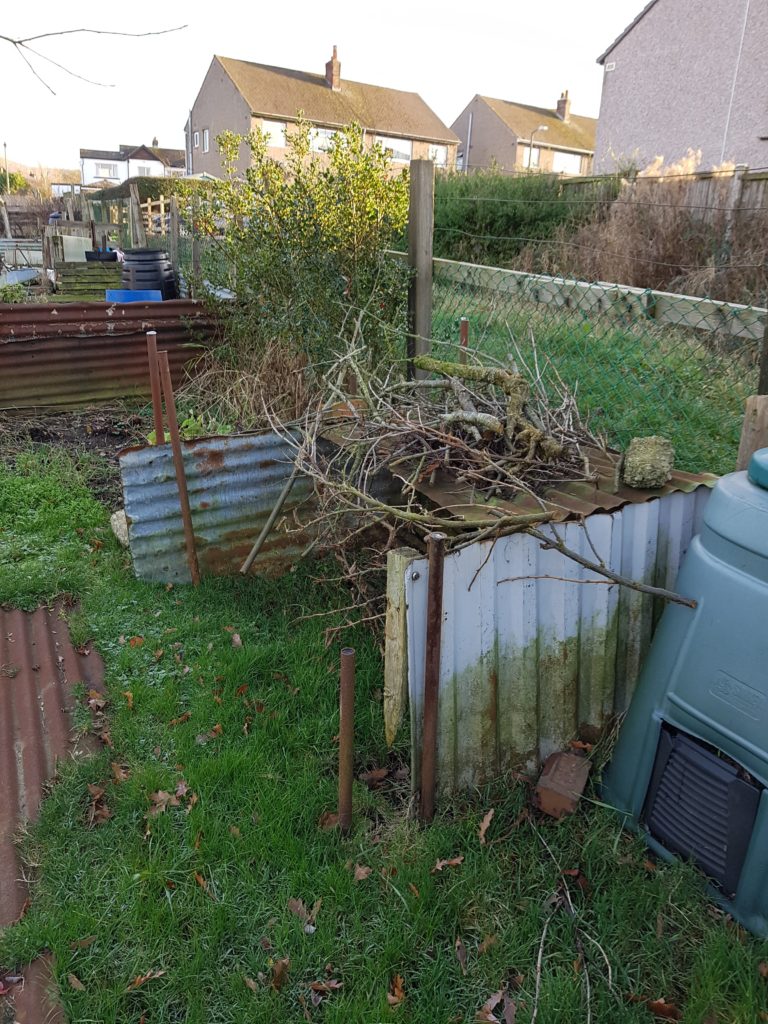 3 thoughts on “Our new Veganic allotment!”