Yesterday we heard the heartbreaking news that restricting climate change to 2.0 degrees, which we weren’t on track to achieve anyway, won’t be good enough to prevent the worst damage. I wrote an article delving into the details.

Here is something more positive: a guide to what YOU can do about climate change, starting right now. Some of the things are really easy!

The short-version is: go vegan, get a veg box, be really rude to people to by air-freighted food, drive less, walk more, switch to good energy, wear jumpers and insulate stuff. All of these things are good for your health and for the health of other people too! Kaboom!

Go vegan, vegan-ish or reduce your consumption of animal products. How? Start here. Why?

Because, according to sources referenced in The Lancet [1]: 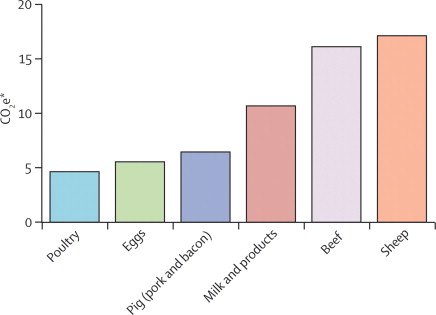 Also see this in the Guardian and remember – your pets can go vegan too!

Buy local or get a veg box

However, if you buy from Riverford – who we love – then 72% of your veg will be from the UK. Things only come from further-afield if it’s more efficient (e.g. early/late Tomatoes) or if they don’t grow here (e.g. Oranges and Bananas).

For those who are really determined for 10/12 months of the year they also do an amazing 100% UK veg box.

Also, a veg box, delivered once a week, is better than driving to the shops [3]

Also, check out this food miles calculator – might be a fun project for kids on a rainy weekend!

“Whilst only 1% of food is transported by air, it accounts for 11% of carbon emissions” [4]

It just needs to become socially unacceptable to buy air freighted food. Have a go at your friends when they do it. Make a complaint at the supermarket. Be rude, pass it on!

Air pollution exposure kills – it kills thousands every year in the UK. According to the Lancet [2] In the EU there were 2002 years of life lost in 2010, per million people. So in one year, people living in the UK lost 132,132 years off their collective lives because of pollution, through heart and lung disease and cancers.

Transport, in the UK, is now the most polluting thing we do in terms of greenhouse gas, accounting for 26% of all our emissions. These emissions must fall by 44 per cent before 2030, and that’s just to keep the UK on track to meet the 2% goal which has just been thrown out the window!

If you can afford to switch to an electric car, then things are starting to look good on that front – there are several vehicles with a 300+ mile range on the market already. Or if not…

We can personally recommend Good Energy. Seriously. They are fab.

100% of their electricity comes from sun, wind and wave. How ever much you use – they pump at least the equivalent into the national grid from a renewable source. 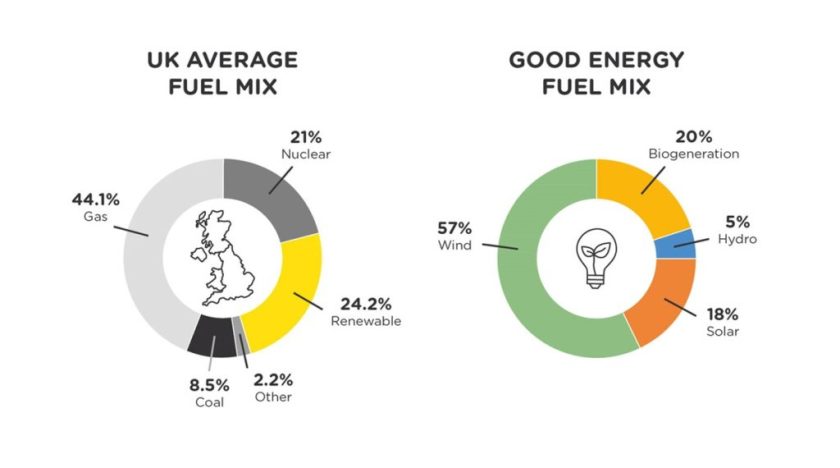 They have always been cheaper – we have checked on switching sites several times over the years. Their prices have risen less often too (because the renewables market is more stable than oil). That and local UK based customer support, and nice yellow coloured electricity bills – what’s not to like!

Their gas is eco-ish too, 6% of it comes from biomethane, that’s gas produced in the UK from organic matter like manure and sewage. The rest is offset by through verified carbon-reduction schemes that support communities in Malawi, Vietnam and Nepal.

First of all, check out these grants for making your house more eco-friendly. This means, warmer, cheaper to heat, more valuable to sell and often safer.

Try, as a mindful mantra, to put on a jumper when you are cold, rather than turning up the heating right away. A good jumper will save you money and make you feel all…. snugly!

Insulation can be anything and everything from doing your loft space (we really like this insulation product btw) to putting some cheap insulation widgets around your hot water pipes or getting some thicker curtains.

Sometimes little things can make a big difference – for example, our house was noticeably warmer after putting some heat reflecting panels behind radiators. There are some great tips at http://www.superhomes.org.uk/

We are currently saving up to get genius hub – heat genius installed. You can have a thermostat in every room and automatic controls on every radiator. This means you can heat certain rooms at specific times of day, but not others. You can control it all from your phone too! I think it’s perfect for people who work from home.

However, if you tend to either heat the whole house or not at all (for example If you work 9-5 and have kids etc too) then a simpler solution might be just as good, and cheaper.

If you are faced with a boiler replacement situation, please consider an electric combi-boiler rather than gas. They are a little more expensive to run – but only because gas is currently cheaper than electricity. They are much more efficient, cheaper to install and safer to use. If you have solar panels, then it’s a really great combination.

2 thoughts on “How YOU can save the world!”