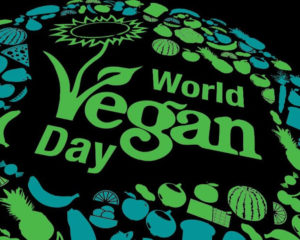 It’s Word Vegan Day! Want to know what would happen if everyone went vegan? Or just 25%? Want to know if it’s actually healthy? Or if Vegans need to engage with anti-poverty campaigns to achieve their goal? Well you are in the right place!

I read a fascinating scientific paper in the Lancet today [1] which models the impact of changes in diet across the whole world, depending on the motivation/specifics. It predicts changes country by country depending on how they farm and eat right now, which is WOW SUPER COOL (and so so nerdy)! Here’s a summary of what they did and 10 lessons I learned.

They modeled the impact of:

By impact, they mean:

10 takeaways from the study

By reducing consumption of animal products and replacing this with plant-based foods we can cut greenhouse emissions A LOT.

Replacing 100% of animal products would cut greenhouse gas from food production by a whopping 84%!

“It’s never going to happen” I hear you cry … but cutting animal product consumption globally by just 25% would reduce greenhouse gas from food production by 20%. so small changes can make a big difference.

Greenhouse gas emissions from food make up about a quarter of all emissions, a 25% cut in animal products would take 5% off all greenhouse emissions. 100% replacement would take 21% off, so we should aim high.

Not all countries can cut out meat

The “would you eat meat if there was nothing else to eat” scenario is often thrown at Vegans. This paper provides some useful information: in high and middle income countries, protein intake would remain adequate if meat was cut out from diets. Also, micronutrient intake would improve as we cut out meat: we would get more vitamin A, folate, iron, potassium and fibre.

However, in low income countries protein intake would fall below recommended amounts if meat were cut out, as things stand. Micronutrient intake would still not reach recommended values either. So, for poorer countries, everyone going Vegan right now isn’t really an option.

In high and middle income countries, if we all ate the correct amount of calories (without changing which foods we eat) we would not fix our problems with low folate, iron, potassium or fibre. Similarly in low income countries, while eating more calories would improve micronutrient intake a little bit, it would not fix the low vitamin A, folate, calcium potassium and riboflavin intake either.

This means that if 25% more people in the world ate exactly the right number of calories and reached the ideal weigh because of this, premature deaths would only be reduced by about 2%. This rises to only 10% when everyone eats the correct number of calories.

So, we need to eat differently on a global scale.

Half of all the people in the world that died prematurely from illness in 2015, died from coronary heart disease, stroke, type 2 diabetes, cancer etc. To me, that’s mindboggling – but that’s what they calculated.

It is believed that 10% of those deaths were caused by eating too much red meat.

The more vegan we go the less we will die

The researches predicted that globally, replacing 25% of animal source foods with plant-based foods would lead to a 4% reduction in premature mortality rates. That rises to 12% when replacing 100%.

They believe that half of this reduction is due to increased consumption of vegetables, 1/3 due to fruit, 1/5 legumes and 1/10 due to reductions in red meat consumption.

These changes would prevent 35% of heart disease deaths, 32% of stroke and 30% of cancer deaths.

It’s again worth noting, however, that these deaths prevented would largely be in high and middle income countries.

The single most successful approach to reducing early mortality was by combining the vegan diet with the correct calorie approach. This led to a whopping 18-24% reduction in premature mortality.

I think this is based on the assumption that everyone who eats the correct calories would be the “right weight”, and that being the “wrong weight” causes disease. That’s it’s a complicated argument for me as a long time vegan fattie with chronic health issues, but in a broad way, it’s a very impressive conclusion in science from how things where when I grew up (vegan = certain death).

The benefits outweigh the risks for going vegan

Researchers noted that for vegans, there was an additional risk of premature death of about 1% from cutting out fish (presumably from Omega 3 deplition). However they also said that this was outweighed by the additional intake of fruits vegetables and the legumes, giving +3% fewer people dying early, over just going vegetarian.

Also, you can now get omega-3 supplements made from algae that are 100% equivalent to the omega-3 from fish, so I guess that 1% risk is diminished even further! I like these ones by Testea.

The study predicted vegans would be short of B12 and Riboflavin (so you need a vitamin B supplement (I use this one). They also predicted a shortness in Calcium, however, I think this is because they didn’t include nuts in their modeling of the vegan diet, only vegetables and legumes – to my knowledge, a vegan who eats nuts, calcium set tofu and supplanted plant milks should not be short of calcium. See this vegan society page for more info.

As well as the reduction in greenhouse gases mentioned at the start of this blog, changing to a plant based diet reduces the amount of land needed for crops.

This is all because feeding animals to feed people is inefficient. Even though more people would be eating more plants, the amount of land needed in total is reduced because we wouldn’t be feeding all the animals used for meat and dairy anymore.

Veganism also reduced the amount of chemical fertilisers used in high and medium income countries. These chemical fertilizers poison our water supply, so a reduction in their use would be wonderful.

Organic will still be important when everyone is vegan

It’s not discussed in the study but stock free organic would be able to address some of these problems. Food security is so poor in some countries right now that this is a complex discussion, however, it seems logical that sustainable framing could improve food security in some situations, so it’s a discussion worth having for sure!

Veganism supports all our aims

To me, the conclusion of this paper is that Veganism, which is a simple compassion based choice for most of us, is really bigger than that. Promoting Veganism can save the planet and save lives too. Where as individual conscience is easily dismissed, climate change and illness prevention are relevant ides to governments and health care providers across the board. So, in order to promote Veganism when our main motivation is compassion, we have more tools in our belt now.

Also, it seems more important than ever that Vegans engage with human welfare discussions too. There are serious problems to be solved for those in poorer countries, which present a real obstacle to Veganism on a global scale. Unless those problems are solved, many people will live in situations where stopping eating meat is impossible and/or dangerous. So, as vegans we need to engage with anti-poverty campaigns too! Start by buying Fair Trade products!

[1] Health and nutritional aspects of sustainable diet strategies and their association with environmental impacts: a global modeling analysis with country level detail

One thought on “10 lessons from science on World Vegan Day”