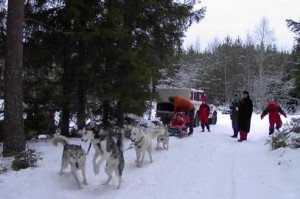 This series of blogs looks at the scientific research into whether vegetarian and vegan dog food is healthy for your dog. This blog summaries at a scientific study published in 2009, in the British Journal of Nutrition by W. Y. Brown et al.

A nutritionally complete vegetarian / vegan diet is fine for dogs, even very active dogs like racing huskies. The huskies fed a vegetarian diet had the same blood test results as those fed on a meat diet. They all the dogs did same amount of exercise. Vegetarian and meat based foods have similar ingredients.

This study compares the health of sprint racing huskies, where half the dogs were on a vegetarian diet and the other half were on a meat diet.

Racing huskies are ideal for this experiment because they run in pairs, two by two. Each pair of dogs will do the exactly the same amount of exercise, so the comparison is fair and balanced.

Additionally, these are very active dogs who push themselves to the limit while racing. This puts a lot of additional demands on the dog. A dog with a poor diet in this situation could, for example, develop sports anemia.

Because dogs can synthesize nutrients like taurine and vitamin A, it is theoretically possible for a dog to live healthily on plant based / vegan dog food. Additionally, dry meat based dog foods contain a high percentage of plant based ingredients too! It’s not a big change to make them entirely plant-based. However the general public remain unconvinced, especially regarding very active dogs.

The study hypothesized that racing huskies fed on a nutritionally complete vegan diet would remain in good health and not become anemic.

Half the dogs were fed meat food, the other half were fed vegetarian / vegan dog food. The dogs were on this diet for 2 weeks pre-season training, 10 weeks of racing and 4 weeks of recovery.

The vegan and meat foods had the same nutrients, just from different sources. 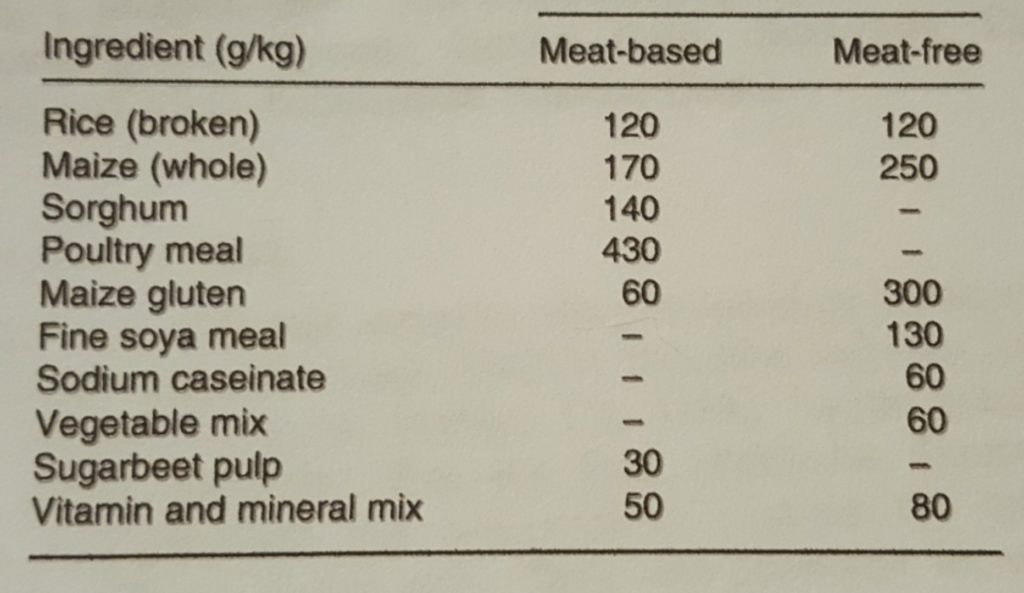 While the ingredients are different, the end result is chemically the same. 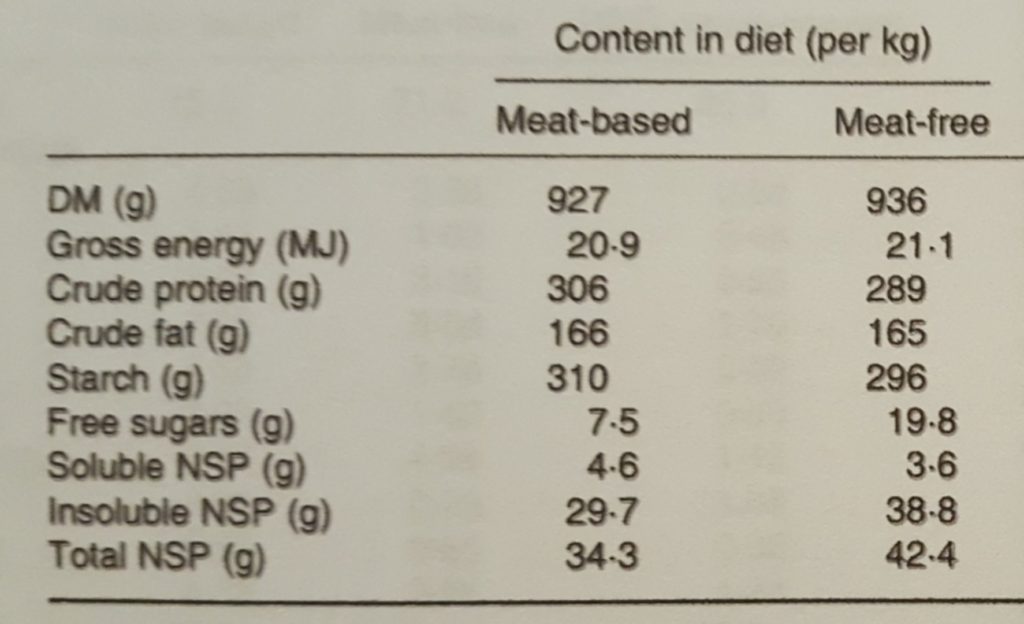 Both foods had a vitamin and mineral mix added (as is common in dog food). This is usually vegan, however, it is only described as “vegetarian” in the study.

Blood tests and vet checkups were spread throughout training and competing.

The pre-season training included pulling a heavy sleigh at 12km per hour, for 7 kilometers.

The racing season included pulling lighter sleighs at 20km per hour for 6-10km.

None of the dogs became anemic, regardless of diet. Their blood test results were all within normal ranges.

The dogs all liked their food and ate readily.

The vets assessed all dogs to be in excellent condition, with no abnormalities.

Blood test results improved over the course of the racing season for both groups of dogs.

The study finds that the amount of protein is more important than the source of the protein, in very active dogs

A meat free, plant based and vegetarian dog food is fine, even for extremely active working dogs.

Both foods were made by pedigree/mars.

The vegetarian food had been tested for palatability (tastiness) and digestibility before this study.

In one competition the dogs came in 4th place out of 29 teams, and in the other, they came 7th out of 36 teams.

You can buy vegan dog food from our website!

2 thoughts on “Is vegan dog food healthy for dogs? What does science say?”